We all know that we should invest in travel insurance and most of us are sensible enough to buy it but how many of us take the time to read the small print on our policies? With enormous tomes that would rival War and Peace the prospect of wading through every clause is not an appealing one but doing so could save us from big trouble later on. Given the amount of publicity that insurance has garnered most travellers will be aware of issues with pre-existing health conditions and cover for the elderly but there are all sorts of less obvious pitfalls lurking in that small print. 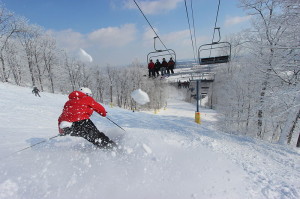 Many of the most serious hidden problems relate to sporting activities. If you are planning to engage in anything more dramatic than a game of badminton in the hotel garden then check your cover. You may find that a standard travel policy doesn’t cover you for winter sports and that you will have to pay for additional cover. Even if your time on the piste is included the policy may not be adequate to cover some of the eventualities you will face. 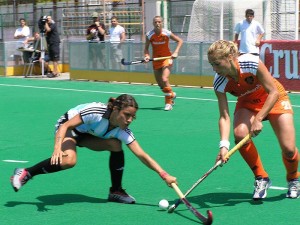 Most policies have exclusions for adventurous sports or what the insurer deems to be dangerous activities but here all is not as it seems. Think dangerous sports and you probably have visions of base jumping, canyoning or climbing the North Face of the Eiger but a much more benign activity could be excluded. Take the Post office travel insurance policy as a good example. According to that esteemed institution diving in a shark cage and go-karting are standard activities but cricket and hockey are “hazardous” and attract an additional fee. Hockey! I must remember not to pack my aports shoes next time I go on holiday in case I am tempted!

Life can be tricky for golfers too. A set of golf clubs can be an expensive investment and so naturally players look to insure themselves against loss but many policies do not cover the clubs against loss or theft whilst they are in use. Given the number of times I have walked off a green and left valuable equipment lying around in a forgetful moment I am taking note of this one too.

Travellers should also be wary if they are making their journeys in their own car. You would think that your car insurance and travel insurance combined would have you well covered but that isn’t necessarily the case. For a start many car policies do not include cover for driving abroad as standard and there are some weird and wonderful exclusions which could catch you out. I note that both AXA and Direct Line exclude cover for driving on the Nürburgring race track in Germany. Ok I know that this specific clause may not affect many people but it does go to prove that if you are doing anything on your trip apart from driving on the roads and lying on the beach then you should check your policy. Your idea of dangerous may not be the same as your insurers!

1 thought on “Pitfalls with Travel Insurance”